Accueil > [In The News] Annet-sur-Marne: The transformation of the ECT site into a solar park has begun

[In The News] Annet-sur-Marne: The transformation of the ECT site into a solar park has begun 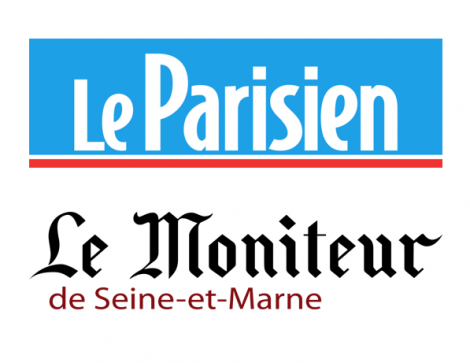 To mark the start of works on the 17 MW solar park at Annet-sur-Marne, the first panel was officially fitted on 14 November.

In March 2019, ECT and Akuo joined forces to create a shared subsidiary called ACT-E. Its objective: To develop solar energy in the Île-de-France region. The first project has been taking shape since November.

14 November was the official ceremony for the fitting of the first photovoltaic panel at the future Les Gabots solar park, in the presence of the mayor of Annet-sur-Marne, Christian Marchandeau, and the vice-president of the Conseil Régional, Jean-Philippe Dugoin-Clément.

The 45-acre project includes the installation of 44,000 solar panels. That’s why the works will continue until the end of summer 2020.

Present at the opening ceremony, Hendrick Delaire, a journalist for Le Parisien, spoke to the various participants:

Eric Scotto, chairman and co-founder of Akuo Energy, said “this power plant will produce 17 megawatts. That’s enough to provide 3,700 homes with electricity, which represents about 10,000 people. That will make the Annet commune a net producer of energy”.

The output of the future panels will be enhanced thanks to the combination of the skills of the two companies. Laurent Mogno, chairman of ECT, explains: “ECT is reshaping some terrain to give the panels a better orientation and thus optimise the insolation or amount of sun they receive”.

It’s their first project, but they have no intention of letting the co-operation come to an end any time soon. Akuo and ECT “expect to develop more solar parks on sites that ECT has already created using inert waste.”

See the complete article by Hendrick Delaire of Le Parisien by clicking here.