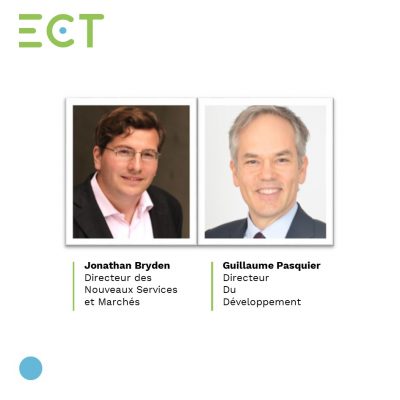 ECT is focussing and accelerating its growth as a major player in green developments for leisure, sports and agriculture.

ECT is focussing and accelerating its growth as a major player in green developments for leisure, sports and agriculture.

With two new appointments, ECT aims to focus its growth and reinforce its dialogue with communities and local authorities.

As the leading operator in France of a ‘circular economy’ for the excavated soils of the construction & public works sector, ECT is keen to develop its position as the go-to organisation in non-built developments for leisure and urban agriculture.

With this business dynamic in mind, ECT’s management has been strengthened by two appointments:

Guillaume Pasquier has joined the business as Director of Development. He is thus in charge of working with local authorities to develop ideas for new projects. His role also includes dealing with the large regional competitions.

Jonathan Bryden has become Director of New Markets and Services. His role is to identify new opportunities for growth, and to lead the Group’s move into international markets.

Guillaume Pasquier received an engineering degree from Mines Nancy (the École Nationale Supérieure des Mines de Nancy) in 2000, and a Masters from Sciences Po Paris (the Paris Institute of Political Studies) in 2004.

He began his career with Procter & Gamble. He then became parliamentary attaché to Christian Blanc. In 2007, he went to the USA where he worked as policy officer for a consulting company specialising in environmental issues. In 2008, he was a ministerial adviser in the office of Christian Blanc, who was then Secretary of State for Development in the Paris region. He was involved in the launch of the Grand Paris project. From 2009, he directed the pilot team for the planned EPA Paris-Saclay (Etablissement Public Paris-Saclay). He became the EPA’s first deputy CEO in 2011. For 5 years, he piloted one of the flagship development projects of Grand Paris. In 2016, Guillaume Pasquier joined the La Française group to develop a “Grand Paris holding company”. The object of this company was to invest in real estate development projects near the Grand Paris Express stations.

Since October 2019 he has been ECT’s Director of Development.

Jonathan Bryden has an MBA from ESSEC, and an expert knowledge of banking acquired at HSBC in London and then at Citigroup in Paris, London and New York. He has worked in mergers & acquisitions, company flotations, raising capital on financial markets, restructuring debt and advising investment funds. Jonathan has also advised on the development of start-ups in the United States and in Europe. In 2014, he became the head of international corporate development / M&A at PMU. He has worked on the development of businesses in Belgium, Germany and Brazil.

Since October 2019, Jonathan has been ECT’s Director of New Markets and Services.