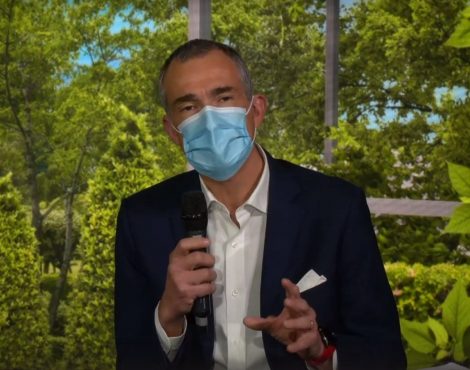 Greening the City, a powerful vision

According to a survey by NewCorp Conseil, 75% of people in France will be living in urban areas by 2050. And 53% of them define the city of the future as one that puts nature at the heart of the city.

Loss of natural soil cover is proceeding at a rate three or four times higher than population growth, and is having a negative impact on the environment. The green city and the sustainable city are becoming key issues of our time.

On Thursday 28 January, ECT organised a talk on the issues around ‘greening the city’.

Our goal was to achieve a better understanding of the role that green spaces, agriculture, biodiversity and outdoor sport will play in the city of tomorrow.

And to better anticipate their incorporation into town planning, citizen initiatives and the ecological transition.

With the objective that greening the city should be a part of constructing the positive city of tomorrow.

Laurent MOGNO, chairman of ECT, hosted the discussion alongside:

ECT, committed to bringing nature back to the city

Working as part of the circular economy, ECT designs projects for developing non-built environment by reusing soil from urban work sites, within a model of eco-design that respects the environment and promotes biodiversity.

ECT brings nature back into the city, and gives a new lease of life to derelict sites by carrying out collaborative, eco-friendly projects: Country parks, areas for nature in town, for sport, for leisure and for urban agriculture.