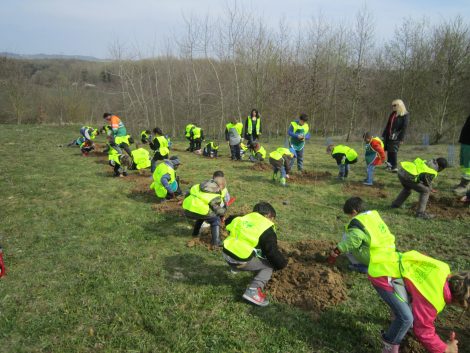 ECT offers primary schools facilities for education in sustainable development. The idea is to inform pupils about ECT’s ongoing projects in their commune. This makes it possible to raise their awareness of the principle of circular economy that underpins ECT’s land-use developments: Derelict sites take new form thanks to the re-use of soil from urban work sites.

As part of this, during December of last year, the pupils of the Vasarely primary school in Annet-sur-Marne (77, Seine-et-Marne) had an opportunity to learn about two projects that re-use soil excavated from sites in the Île-de-France region: The Les Gabots solar park (a partnership with Akuo) and the Les Carreaux site, which is currently under development.

Awareness of environmental issues managed by ECT has also been raised at the schools of Villeneuve-sous-Dammartin and Mesnil-Amelot.

When young people attend visits organised on ECT’s sites near their schools, it’s clear that they are interested in initiatives to protect the environment. ECT arranges nature discovery sessions. Tree-planting by the pupils contributes directly to bringing nature back to the site.

From design to implementation, every stage of ECT’s development projects takes account of environmental issues.