Accueil > Restoration of land for agriculture, and the first harvest at Louvres (95)

Restoration of land for agriculture, and the first harvest at Louvres (95) 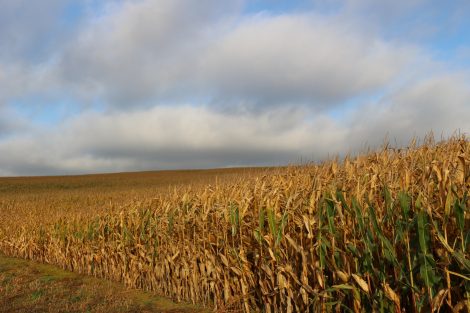 On the former ECT site at Louvres, the harvest of maize went well.

Having finished bringing in inert soil to rehabilitate the site, ECT reconstituted the upper layer of the agricultural horizon. That meant re-laying the topsoil that had been stripped off at the start of the works. To return the land to cultivation, the farmer was able to sow maize despite a very rainy weather forecast for the start of May. 6 months later, in October under a threatening sky, the maize was successfully harvested.

Here are the comments of the farmer on this first harvest:

“To appreciate the quality of a harvest, you need to consider the particular context of the site and of the year. For this harvest, the maize was sown a bit late in the season (on 5 May 2021) on ground that had been freshly turned up and which had not, at least in part, been “rested”.

Bearing this context in mind and keeping interventions to a minimum, the emergence of the maize and the preparation of the ground were satisfactory. And the weeding was dealt with. In general, the technical and agronomic management were optimal, well thought out, and a match for the “probable potential of this farmland”.

The maize grew at the right rate, linked to favourable rainfall at the end of spring and in summer: 337.2 mm of rain fell between 5 May and 20 October, which is half the annual average rainfall. Substantial rainfall was, however, a handicap at harvest time, with some wet areas. That said, conditions during the harvest were satisfactory overall.

The result, for a first year after return to cultivation, met the target that had been set.

Now it is a matter of trying to plant a winter crop (barley or wheat) so as to promote the physical reconstruction of the soil and to make it possible to plant oilseed rape in autumn 2022 with the aim of benefitting from the taproot of this plant. Organic fertilisers, both nitrogenous and phosphate-potash based, will be used, based on analyses that will be carried out next spring.

There are some low parts that are a bit wet, and it’s necessary to protect the structure of these soils as much as possible.

To sum up, the first harvest did not give rise to any particular concerns for future years.”

ECT had the pleasure of participating in this first harvest, which you can see in photos by clicking here.