DESIGNING AND CREATING THE DEVELOPMENTS

Let's look at the life cycle of a land-use development project and its various phases. We'll use a country park as an example:

The life cycle of a land-use development project has several phases, which means that its benefits are most apparent in the medium and long term. That's why the teams from ECT's development division work in consultation with communities and local authorities to adopt the best project phasing.

Our work starts with the initial phase of the project, the eco-design stage. And it continues as we:

Our expert teams design and implement the projects in consultation with local organisations.

The objective of the eco-design phase of the projects is to get strong local input. This phase is very important. It is handled by our Development division, in partnership with the local authority and local bodies working in development and the environment. This consultation phase relates to the form of the development, its usefulness to the region, and the environmental management of the site.

Upstream of any project, our teams carry out biodiversity impact studies, working with design offices and ecologists to implement strategies of Avoidance, Minimization and Mitigation. These "AMM" strategies lead to the creation of ecological corridors, to turning parts of our sites into sanctuaries, and to relocating species into these protected areas.

Find out more about our commitment to conserving the environment and biodiversity.

Our land-use development works meet the criteria for ISO 14001

ECT works with all the development organisations of the Île-de-France. We work with the mayors of Île-de-France, especially as part of AMIF Partenaires, and with all the public stakeholders for the region: Groups of communes, public planning bodies and de-centralised state departments.

On some projects, ECT has direct partnerships with SAFER Île-de-France or with the Société du Grand Paris. Our association with Akuo Energy, the main independent producer of renewable energy in France, takes the form of a joint subsidiary called ACT-E which looks after our solar energy projects.

ECT has entered a partnership with the national landscape gardening school, the ENSP or École Nationale Supérieure du Paysage at Versailles. The reason for creating an ENSP chair entitled "Earth and Landscape" is to give more prominence to the broader landscape and landscaping practices in our work.

In parallel with this, ECT is developing a business chair with the EIVP (the City of Paris School for Engineers / Ecole des Ingénieurs de la Ville de Paris) to include soil engineering and urban engineering in the training of civil engineers.

ECT is keen to design projects with a social dimension, and has linked up with the Halage association, which is based on the Île Saint-Denis (93) and works to create jobs while favouring the environment.

ECT's services are certified ISO 14001 by Intertek as regards the design and implementation phases of land-use developments. This certification relates mainly to the 'environmental management' approach. It shows our determination both to take on environmental challenges and to ensure that the Landscaped walk at Moissy-Cramayel © Gil Fornet
impact of our work on the environment is kept to a minimum.

We're aware that construction works can cause occasional inconvenience. That's why ECT takes special care, at the consultation stage, over delivery timetables and truck access routes to the project site.

The implementation period for our land-use developments is what you would expect for projects of this kind; the benefits of these sustainable developments are apparent mainly in the medium and long term. 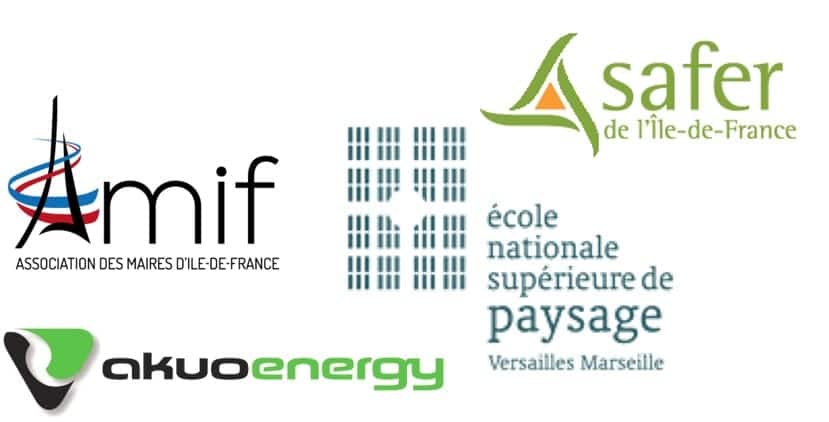 ENGAGING WITH LOCAL AUTHORITIES TO ADD VALUE TO THEIR REGIONS
TAKE ACTION : OUR SOLUTIONS FOR SUSTAINABLE DEVELOPMENT
OUR LAND-USE DEVELOPMENTS
ECT AND ANTOINE GRUMBACH: SOIL, LAND ART, LIFE!
URBAFERTIL: RECYCLING INERT SOIL INTO FERTILE SOIL
X
Gérer le consentement aux cookies
We use cookies to improve your browsing experience and to help us improve our site. By continuing to use it, you agree to the use of these cookies.
Manage options Manage third parties Manage vendors Read more about these purposes
Preferences
{title} {title} {title}